One Woman. Two Brothers. Which will tempt her against her own forbidding will?

I have a condition.
No matter how hard I try to explain it,
People never understand.
Except for one man.
He is able to understand everything,
And I’ve appreciated him
Until he decided to introduce me to his brother,
Whom I can’t stand.
Although…
I can’t get him out of my head.
I can’t stop either of them from occupying my mind,
Which means they both need to go.
Because they are both insatiably irresistible,
And resistance is at the core of who I am.

Just when you thought love was out of reach…

Get it at 99¢ for Valentines Day! February 7th thru February 14th. Check it out here.

I apologize that I have not been able to publish anything for the last two years. I’m a healthcare frontliner and I’ve been fortunate and proud to serve my community. I do have books finished and in the making so they are coming, although it may not be till the end of this year or at the start of the next. Whatever you are doing and wherever you are, I wish you joy and happiness. Check back in several months or you can check in with what’s available now via the Bookshelf. Hugs! Stay safe.

PREVIEW FOR THIS SPRING 2023 🡇

The next in the MEET YOUR MAN series of standalones…

HE. He’s a national hero who’s about to make the biggest decision of his life.

SHE. She’s not into heroes because… well… she’s not hero caliber.

Not to mention, guys like him are usually taken. 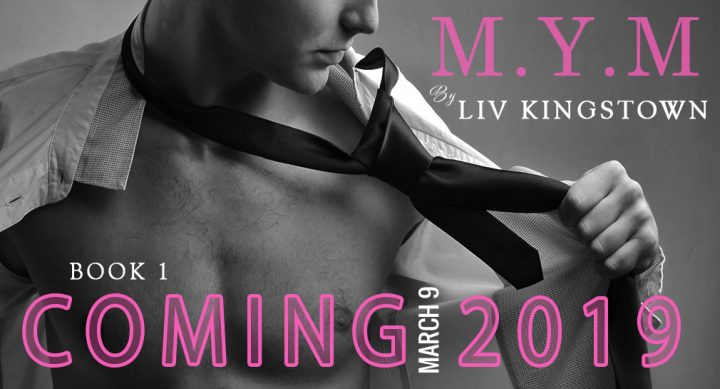 Just when you thought love was out of reach…

For one night, I plan to find someone.
To take me home.
To make me feel good.
And I’ll meet him.
He’ll make a promise on our first night, which will become impossible to keep.
So, one night will turn into two.
And two nights will lead to three.
By the fourth, he’ll have delivered everything I could’ve wanted and more.
He’ll even ask me to stay longer.
Naturally, he’ll get upset when I say that I can’t.
I wish I could explain things.
Make him understand.
But since I’ve gotten to know him, there’s really no .
I must leave.

This book includes a strong man. Expect intimate scenes and foul language but no cliff-hangers because an HEA is what he lives for.

I have a problem with insecurity. Nothing made me realize this more than when I wrote The Sea Men Trilogy, a merman romance fantasy.

Whenever I start a new book, I’m overly excited. With creativity, there’s always a sense of urgency, a need to exhaust the mind, devising (or perhaps letting go of) something you hope will turn out to be beautiful…

…which means you want it to be perfect.

Once the first two books of The Sea Men went out, however, I considered calling it quits. The books were intended to be fun and playful with a little bit of medical and historical fiction to fill the pages. But as a new author, it was inevitable that things would not go as planned.

The high that I had from the initial creative release disappeared. I wrote three versions of the third book, none of which I was happy with because I’d become extremely insecure. My story was far from perfect.

I wanted to go back and start over, but that wasn’t possible. Like many authors, I wanted to feel that creative release again, so I put the third book on hold and wrote other books.

The Fourth Knight I had intended to be the first in a four book series. A coauthor pulled out so I scrapped the series idea and made it a standalone.

Perfection was clearly not something I was capable of.

Because of the wonderful support I have at home, I decided to give it a go one more time but I focused on something a bit different. I wrote the first of the Bang Lords with the intention I would initially give the book away. I reached the creative high I needed, but the insecurity was still there in spades and I questioned whether I wanted to keep writing at all until…

I got an email from a reader, saying she loved the book.

I was still unsure of myself, but what I’d let go of had indeed come back as the saying goes: If you love something, let it go.

I love writing and that one little message I received from a reader returned something to me.

It wasn’t just what I needed, but what my characters, Willis and Athena, needed. I wrote the last book of The Sea Men a fourth time.

This time, however, I was okay with my mistakes. Armed with a little bit of courage, I was okay with being human. Turns out that’s exactly what The Sea Men books are about – becoming human again.

In the end, I learned its okay to feel unsure of ourselves. Uncertainty, insecurity – these things are not easy to work through.

But you can work through them because there’s nothing more perfect than living with life’s little imperfections.

The Trilogy is Complete!

The Sea Men is a Steamy Contemporary Merman Romance.

A different sort of fairy tale.

Here is what, or who, I’ll be working on/writing this month:

I’m twenty-four and I’m a dancer.

No, naughty girl. Not that type of dancer, but you can dance for me how you like and I’ll love you for it. *wink*

I’ve been dancing since infancy, which of course, makes me really good at it and a bit of a big deal and a heartbreaker. But I’ll only break your heart once… or maybe twice… because I only care about my career, so I can’t have anyone falling in love with me.

You hear that? Absolutely **no** falling in love with me…

Haha. Just kidding. You can totally fall, but only if you promise to dance with me first.

I am one of six male characters in a contemporary romance six-book series my author is currently working on. I’m not allowed to share all the details on the series just yet, except to say we’re not all dancers. There’s a builder, graphic designer, and a veterinarian to name a few.

My author has been obsessed with YouTube “researching” material for my book, but don’t worry. I’ll make sure she stays focused on what’s most important…

Mmm, yeah… *rolling my eyes* …and the girl I’m about to meet.

My series is scheduled to roll out beginning Spring 2019. 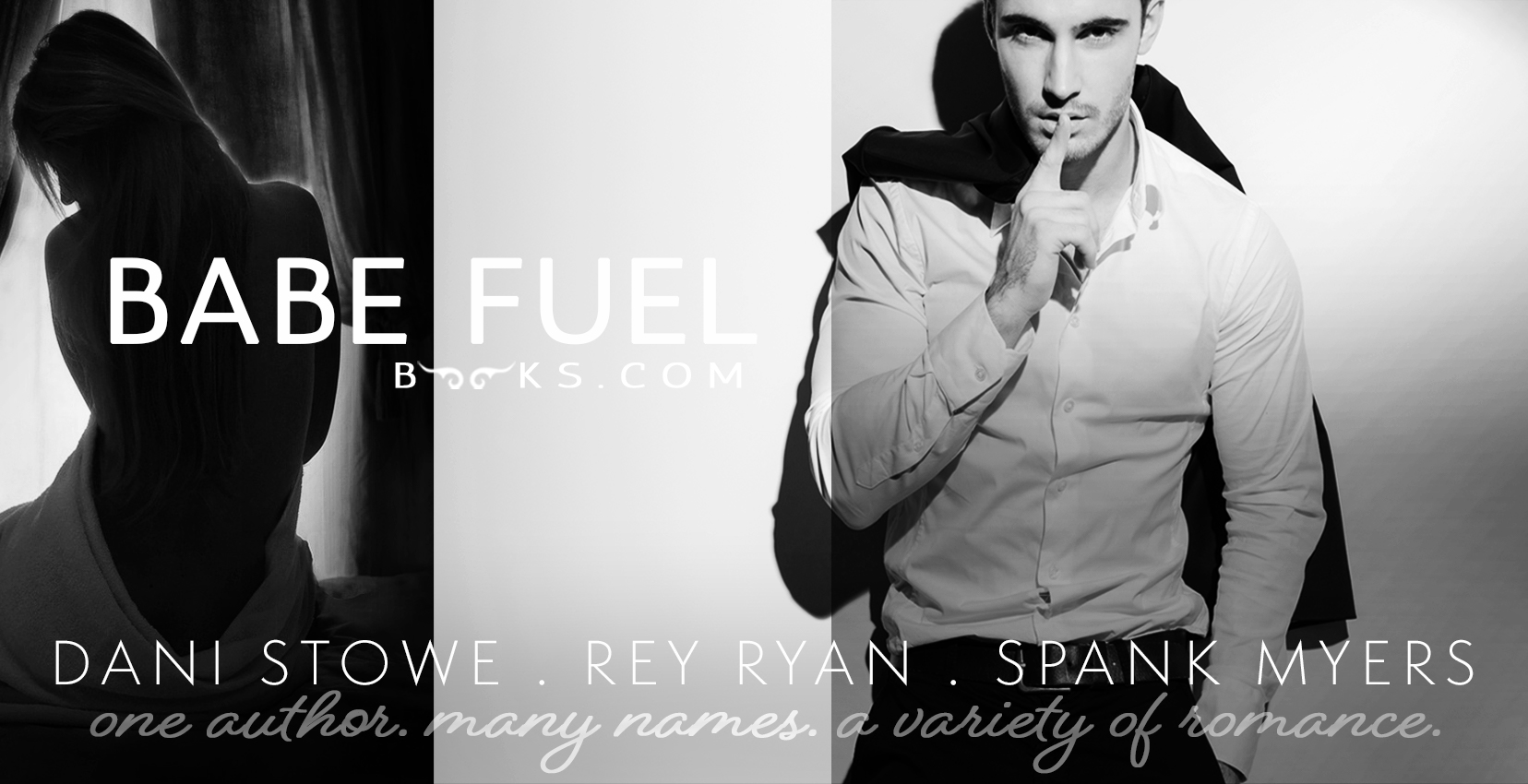 Inspiration comes from many sources. Some sources are so inspiring, you feel compelled to create. Of course, nothing compels me to write books more than other books.

Why I felt compelled to write this series.

I’d read a book by a renowned author, deceased in 1961, named Ernest Hemingway. (I’m about to give away all the details of The Sun Also Rises so if you plan to read this book, stop reading this post here.) The book had a huge impact on me. It was so huge in fact, I was compelled to write its complete opposite.

The Sun Also Rises is a story about a man attached to a woman, whom he can never be with because… well… she likes sex and he can’t perform. He’s impotent. Hemingway takes you on an enchanted journey through Europe set in a time that makes history seem both eloquent and chaotic, which is a reflection of the hero’s life. The hero is a good man but he resides in chaos like most heroes, caught in a neverending battle of injustice that ends tragically. He can never be with the woman he loves.

But I could not get over the devastation. I could not accept how love could not conquer all… and so Elliot Crowe was born.

Elliot was very similar to Hemingway’s hero in that he was bright, charming, loyal, and appreciative of both the small as well as finer things in life. In terms of physicality, however, I made Elliot exactly the opposite of Hemingway’s character. Except, Elliot would be forced to face the same problem since childhood-wanting a woman he couldn’t have. And instead of being impotent, I made Elliot well endowed and libidinous.

Of course, our characters are different and I could never presume to write like a Pulitzer Prize winner, but I did want to keep some similarities. Jaxon is the embodiment of Hemingway himself-an author at the mercy of physical ailments beyond his control. Don is a true hero, the type of character Hemingway’s heroine would’ve tripped over her own heels for.

And then there’s Nick. He’s the opposite of everything. Nick is exactly what Hemingway’s hero is not. He isn’t pleasant. He isn’t sweet. He’s not the type you fall in love with until it’s too late and you realize you’ve loved him all along. There are just those bastards you fall for. Hard. He’s the type of guy you wish would notice you-see you through the band of beautiful women blocking your view. The guy who’s so bad, you wonder what it might be like to experience him and all that bad attitude. He knows what he wants. He gets what he wants and rather than allowing some women to tease and toy with him, he beats them at their own game before the game clock even starts.

Instead of having Nick’s story ending tragically, however, I decided to write the opposite of Hemingway and begin Nick’s tale, along with the entire Bang Lords series, in devastation – a fire.

And the women? Truthfully, I don’t know much about what it means to be popular or the prom queen. I had to do a lot of research on that, watching reruns of Sixteen Candles and Can’t Hardly Wait, which added to the fun.

You might be also wondering how the little white pill came into the picture. The Bang? I’m ashamed to say, I named the geeks NIM first, but it didn’t sound like a good name for a series. So, I named them Bang Lords. Unlike the honorable Hemingway, I’m a lady with a lascivious mind and I like the word Bang. It’s explosively naughty like the Lords of NIM. I created the pill just so I could keep Bang in the title and wrote the story in hopes I’d fulfill the meaning of the word in more ways than one.

ADDED: I forgot to mention that when I think of tragic stories, I always think of Romeo and Juliet. Instead of poison being the reason for the couple’s end (death), I also decided to write the opposite, making the Bang the reason for each Lord to get to exactly where he wanted to go…

Check out Up Her

I'm a single mom and a nerd herder. When I'm not working in an ICU, I'm writing reckless souls with hearts of gold determined never to fall for the sweet temptations of love.